The Art of Timing: Alan Watts on the Perils of Hurrying and the Pleasures of Presence 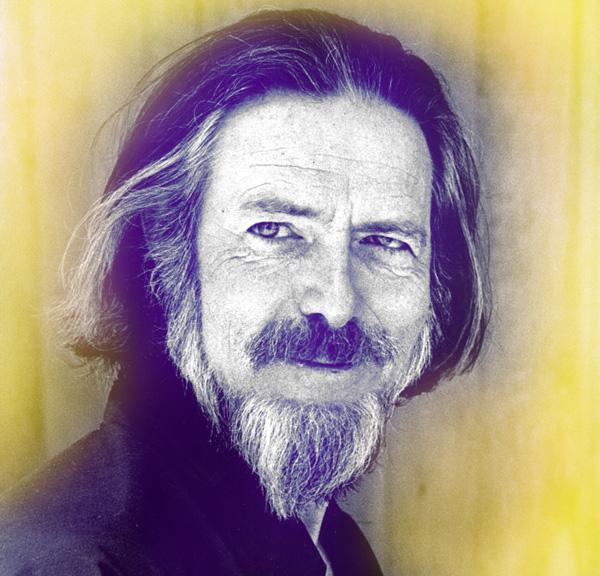 Among the things that made British philosopher Alan Watts not only the pioneer of Zen teachings in the West but also an enduring sage of the ages was his ability to call out our culture’s chronic tendency to confuse things of substance with their simulacra. Watts had a singular way of dispersing our illusory convictions about such pairings, whether he addressed belief vs. faith or money vs. wealth or productivity vs. presence or ego vs. true self or stimulation vs. wisdom or profit vs. purpose.

In one particularly poignant passage in his altogether soul-expanding 1970 anthology Does It Matter? Essays on Man’s Relation to Materiality (public library), Watts considers another such infinitely important duality – the notions of hurrying and timing.

Echoing Seneca’s ideas about busyness and Bertrand Russell’s famous lament “What will be the good of the conquest of leisure and health, if no one remembers how to use them?” – Watts considers how we cheat ourselves of the joys of the present moment by grasping after the potential rewards of the future:

Just exactly what is the “good” to which we aspire through doing and eating things that are supposed to be good for us? This question is strictly taboo, for if it were seriously investigated the whole economy and social order would fall apart and have to be reorganized. It would be like the donkey finding out that the carrot dangled before him, to make him run, is hitched by a stick to his own collar. For the good to which we aspire exists only and always in the future. Because we cannot relate to the sensuous and material present we are most happy when good things are expected to happen, not when they are happening. We get such a kick out of looking forward to pleasures and rushing ahead to meet them that we can’t slow down enough to enjoy them when they come. We are therefore a civilization which suffers from chronic disappointment – a formidable swarm of spoiled children smashing their toys.

In a sentiment that calls to mind Mary Oliver’s thoughts on rhythm, Watts speaks to our one saving grace in countering the momentum of this headfirst rush toward disappointment:

There is indeed such a thing as “timing” – the art of mastering rhythm – but timing and hurrying are … mutually exclusive.

Much of our perilous hurrying, Watts argues, comes from the tyranny of the clock – a paradoxical pathology all the more anguishing given how relative and elastic time actually is. Watts writes:

Clock time is merely a method of measurement held in common by all civilized societies, and has the same kind of reality (or unreality) as the imaginary lines of latitude and longitude. The equator is useless for stringing a rolled roast. To judge by the clock, the present moment is nothing but a hairline which, ideally, should have no width at all – except that it would then be invisible. If you are bewitched by the clock you will therefore have no present. “Now” will be no more than the geometrical point at which the future becomes the past. But if you sense and feel the world materially, you will discover that there never is, or was, or will be anything except the present.

Presence, of course, is essential to our ability to experience the “spiritual electricity” of creative flow, something Watts captures unambiguously:

For the perfect accomplishment of any art, you must get this feeling of the eternal present into your bones – for it is the secret of proper timing.. No rush. No dawdle. Just the sense of flowing with the course of events in the same way that you dance to music, neither trying to outpace it nor lagging behind. Hurrying and delaying are alike ways of trying to resist the present.

Does It Matter? is a superb read in its entirety. Complement it with Watts on how to live with presence, Sam Harris on cultivating mindful living, and Frank Partnoy on the art of waiting, then revisit Annie Dillard’s ever-timely reminder that how we spend our days is how we spend our lives.